Your info will not be visible on the site. After logging in for the first time you'll be able to choose your display name.

Homepage › Stories › No Rules to Guide Me › Chapter 2

No Rules to Guide Me

I was fucking swooning...over my soon to be step brother. Matt. Oh my god. M. Shadows is gonna be fucking family.

Having my internal pity party, I hugged on my sister, Harlow, who was none too pleased about coming out. I was hoping I could get her to loosen up a bit with a couple of her favorite drinks. Jack and Coke will do the damn trick, I’m sure of it.

“I’m gonna murder Mom,” I whispered to Harlow as I sipped my Long Island Iced Tea, “Fucking Gary...had to have the most beautiful son in the entire world...and I don’t even look that cute.” I pouted, looking down at my black off the shoulder, three quarter sleeve dress that had a fullness from the hip down then black pointed pumps, giving me an additional six inches.

Usually I liked to wear black, studs, boots, Converse. I liked to go from goth to punk to skater. I wore this goddamn dress for Mom cause I know Evie’s standards. I call her Evie when I’m upset and I am the most.

“Don’t be so dramatic.” Harlow waved me off and I noticed her eyes were going to Zack.

“Go talk to him…” I whispered.

She rolled her eyes and shot me a look, “And say fucking what?”

“Um...how about a game of pool, grumpus.” I stuck my tongue out at her.

Harlow sighed, “I know I’m being grumpy...I’m sorry...I’ll go talk to him.” She nodded and kissed my cheek like a loving sister.

“Good. Flirt a little too, you look fucking cute you little red headed fox.” I winked at her and shoved her toward Zack, staying in my booth seat.

I like to people watch. Hang back in dark corners and study humans when they think no one is looking. Just...seeing what the hell our species is thinking and doing half the time.

“You’re a creep…” Matt said, sliding in next to me.

I looked at him with his flat brim hat backward with a bandana under, Alice in Chains Jar of Flies tee then his black and red flannel. Black jeans and sneakers. Goddamn. I wanna bite me off a piece.

His golden green eyes looked over me with everything but sexual desire. Fucking bummer. Thanks Mom.

“I’m not a fucking creep.” I scoffed at him, spinning my drink on the table in it’s little condensation puddly.

“You are. You’re people watching. I’ve been watching you people watch.” Matt snickered in a way that his dimples had shown through his beard and he popped his aviators on inside, “Kept the shades on so no one knew I was staring at you.” He waggled his eyebrows at me from under the glasses.

The monster between my legs was a hungry, hungry bitch for him and I can’t do shit about it. That’s like the ultimate fucking paradox. My favorite front man, celeb crush is untouchable due to the fact my mother is marrying his father.

What a load of horse shit. Color me fucking bitter.

“That’s creepy…” I rolled my eyes at him.

I felt like the less friendly I came off the better off I would be. I’ll just rub one out to the thought of him tonight…

“No it isn’t. I’m curious about you.” He said sweetly.

“What’s there to be curious about?” I rose my eyebrow at the vocalist.

“Why you and your sister are so fucking grumpy,” He groaned at me, “Seriously, what is it?”

“Well...Harlow is tired as fuck cause she works all the time,” I nodded toward my sister who was now actually smiling and having a good time with Zacky goddamn Vengeance.

Matt looked at me like he was waiting for me to say why I’ve been a damn grouch, “And me...I just haven’t slept….” I muttered, not completely lying.

I have the worst case of night owl-ism. I’m not quite an insomniac cause I do sleep. I just am active at night. Third shift jobs don’t work for me and neither do second shift. I would rather be tired and have my nights than work during them so I’ve just been tired since I turned nineteen.

“Liar.” Matt glared at me.
“It’s true. I don’t sleep at night, I work during the day and just nap here and there throughout the day.” I shrugged, deciding to not tell him that I want his cock to make a permanent residence in all my holes.

“Okay but I may not know you really well but I can tell that’s not all that’s bugging you. Want another drink?” The vocalist asked.

I shrugged, “Sure. I’m just doing Long Islands.” I couldn’t be any fucking poutier about this whole thing.

Matt got up and ordered me another drink. I watched a girl go up to him and start chatting. She was also blonde but more golden. She had blue eyes and a curvy but in shape body. She pressed her tits to him and I filled instantly with jealous.

He flashed his dimples at her and shook his head as he said something. He was being so sexy. Watching him was like in slow motion and my core was burning with want for him. He leaned over, flirting with her and kissing her cheek.

I was over it. Quickly. I didn’t wanna see that shit. I got up and went to the bar and moved between the two.

“Thanks for not getting my drink.” I shot out at him with a slight glare then turned to the girl, “You get that little get up at Forever Twenty-One,” I rolled my eyes at her and got my beverage then went back to the booth.

I could feel Harlow’s eyes burning into me. I know she saw me being a jealous brat. I couldn’t help myself. I went back to spinning my glass and trying to not focus on Matt cause it’s only gonna get more difficult from here on out.

Small man hips hit mine and Matt forced me to look at him, “What the fuck was that?”

“Nothing. You just said you were gonna get my drink and you didn’t so I handled it myself.” I shrugged, sipping at the paper straw.

“Yeah, then you acted like a jealous girlfriend.” He laughed, flashing me his stupid, sexy dimples again.

“No. Just...my new brother should have better standards...that’s all.” I shrugged.

“You gonna be my wing man then?” Matt waggled his eyebrows.

Why the fuck is he..being flirty? It’s weird.

“Definitely not. I don’t have that kinda time.” I shook my head, lying some more. Might as fucking well.

“I’m sure you do. It’s a matter of wanting to make the time,” Matt sighed, “I’m really trying here, Acacia. This isn’t exactly what I was expecting either.” I watched him take his hat off then run his hand over his bandana covered head.

“Okay...well...stop punishing me cause I do want to get to know you and Harlow.” He had a genuine tone.

I smiled back and sipped my drink.

I watched my Dad get married to Evie and felt happy for him but a part of me was kinda fucking bummed. I knew Acacia before Dad and Evie introduced us. She’s the naughtier of the two sisters.

She’s a nude model. Acacia models for various companies in European ads especially. She’s got a smoking hot body. I never beat off to her or anything like that but I do have her poster hanging up in my garage...that I have to fucking take down now. I’ll just give it to Brian since he’s been begging me for it for years now.

Me and the guys followed my dad into the reception hall after the wedding ceremony and I was shaken to my very core as I looked at Acacia and Harlow. Two very different women. Both very beautiful.

Their mint green thigh length dresses that were high neck halters and sleeveless. I watched Harlow smiling and talking to her mom’s friends while Acacia or Ace as I’ve decided to call her, was going straight for the bar. She was polite and kind to everyone that stopped to chat with her but she was clearly in a weird place. 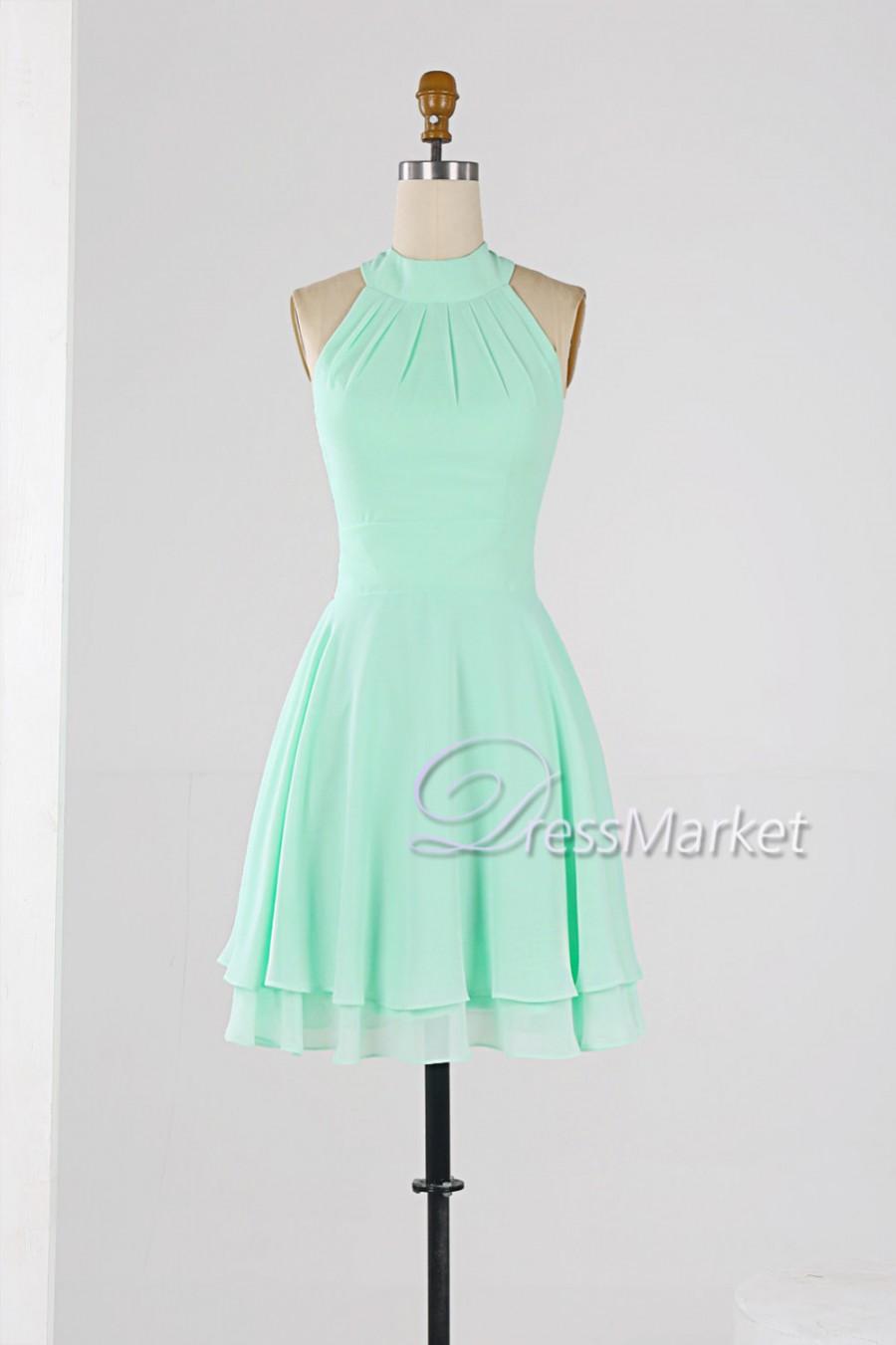 Especially since she was going for tequila shots. Hornitos Reposado. She smiled to the bar tender who was a very attractive chestnut brunette with some honey highlights. I noticed Ace was flirting with her. Oh lord.

I started toward Ace but slowed my roll when I saw Harlow go over to her. She sat with her sister, talking and chatting away. Her icy, piercing blue-green eyes looked over the room then fell on me. She cracked a soft smile and toasted her shot in my direction then threw it back. Her black lined eyes, done up perfectly with a subtle and soft nude palette, never left mine.

Fuck. I am in deep fucking shit. Time for me to drink.

This has been so much fun to write with Larisa!! We have been brainstorming back and forth about this story! So much damn fun! Her and Violet are some of my favorite A7X fam members I've met. These girls are incredible!

Naughty Matty *drool* !!! They need to get down to business already ;)
@AGirlIKnowNamedLarisa
Ha no biggie!

Ohhhhh boy. This has trouble written all over it. I can’t wait to see what Harley says about this ;)

@violetshade ummmm I missed your comment and I am so sorry. I need to work on the date!

Nooo! Fucking hilarious! The horribly dorky Zacky V one-liner (can you imagine him trying to say comeon lines? THIS is exactly what it would be like. Still sexy as fuck though...), the sick burn from Harley about "Gaytes"! What happens now? Very curious how naughty this date will get!